David Nuño and Raheel Ramzanali caught up with James Casey and Robert Reid on Thursday at the SB Nation Houston launch party.

This past Thursday, SB Nation Houston became the sixth of twenty regional sites to be launched by SB Nation. To celebrate, we practically stampeded Champps Americana in Uptown as one hundred people showed up to take part. It was a great turnout, as the crowd ranged from fans of SB Nation team blogs to fans of Houston teams in general. James Casey, Robert Reid, Penthouse model Erica Ellyson and 1560's David Nuño and Raheel Ramzanali attended as well, thus ensuring that the event would be a success.

We took a few pictures in order to prove just how much fun it was. Take a look. 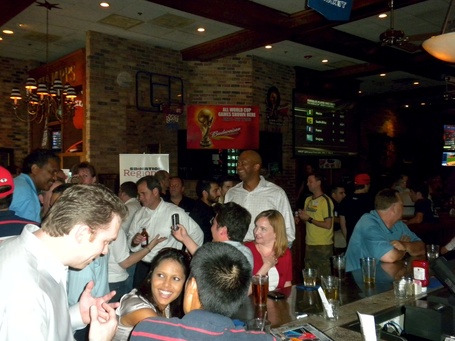 Nobody garnered more attention than Reid. Wherever Robert went, the party followed, if only to hear more hilarious stories about starring for the Rockets in the 1980s. 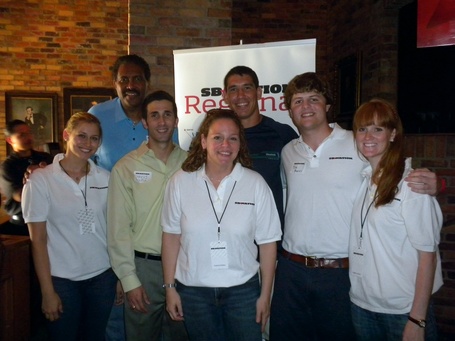 Later in the day, David and Raheel got the chance to interview James and Robert on behalf of SB Nation Houston. Video is below.