As the 2010 NBA Draft approaches, this week's edition of the Top Five looks back at the most notable draft-day trades that the Rockets have ever made.

Motion sickness. The Houston Rockets must be immune to it. They will move, they will shake -- the idea that standing pat in a draft is the "safe route" doesn't fool them. If there's an opportunity to improve draft position, the roster, or anything of that sort, the Rockets will give it an honest look. And if an opportunity doesn't present itself plainly, the Rockets will create one. They've done it for the past five years under Daryl Morey's leadership. No reason to believe that this year will be any different. Even if they decide to pick at fourteen, that pick very well could be moved. Ask Nic Batum what that's like.

Fourteen is a lonely number in a draft. It's the black hole of prospects -- draft purgatory, if you will. Usually, once the draft enters the teens, a temporary vanishing act of "prospect identity" occurs. It's the sort of thing that does not matter to teams, but rather matters to us, the mock draft-crazy fans who have nothing better to do than to speculate for months over whose name will be chosen to cover a five-second window. We suddenly find ourselves looking at the least desirable of the following draft sections (presented with ballpark draft pick numbers for your convenience - do you really think I have this down to a science?).

Somewhere from the second to seventh pick. These are the guys who are established talents, have plenty of upside and can be All-Star caliber players, with a project pick thrown in every once in a while (see Thabeet, Hasheem).

Picks eight to 12. Good college talent, plenty of upside, but questionable when it comes to transferring that talent to the NBA. Many failed projects have been selected here, though you'll see a good talent emerge every now and then.

Picks 13 to 16. These are the "height and upside" guys, usually a tall, lengthy center or an oversized small forward. Typically some of the bigger question marks/risks in the draft.

Picks 17 to 21. Your "adequate-to-solid role player" region, with a flare for upside every now and then. International players seem to like it here, too.

Picks 22 to 26. The one-dimensional region. Either he played incredibly well in college but doesn't measure up to be an NBA athlete (Morris Almond), or there's a ton of upside but question marks regarding production (Serge Ibaka).

Picks 27 to 30. He did some good things in college, and he has some level of upside. Perhaps he was a big-time prospect coming out of high school and never lived up to the hype. Tons of questions, little answers, and plenty of averageness. So, why not take a shot?

Perhaps these "regions" only apply to particular drafts and can vary from year to year. But isn't it fun to at least try to make it seem easier on everyone?

Alas, sticking with the current ideology, the Rockets are stuck looking at height and upside. Either excellent or minimal production, good but not great upside, and-- hey, look at the wingspan on that guy! This is home to Daniel Orton, Hassan Whiteside, Paul George, Gordon Hayward, Luke Babbitt, or Solomon Alabi. It's also why the Rockets would love to jump ship for the top ten.

Given how convinced I am that the Rockets will not pick at 14, I've dedicated this week's Top Five to past draft-related trades. Let's take a look at some of the more memorable in Rockets history. 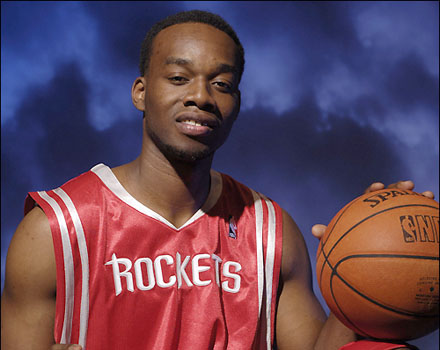 At the time, the move didn't make much noise. Landry was a solid player out of Purdue with a nice college resume, but he had an injury history and had only spent two seasons in West Lafayette. Still, Morey saw some potential in Carl and decided that a future second-round pick and cash considerations would be worth the gamble.

Sure enough, the trade paid huge dividends. Landry blossomed into a high-energy player off the bench and continued to improve. Though Landry is no longer with the Rockets, he didn't leave the team empty-handed. He became such a talent that the Sacramento Kings were willing to part ways with star wing player and fan favorite Kevin Martin in order to acquire Landry. Trading for Landry definitely qualifies as one of Morey's best moves. 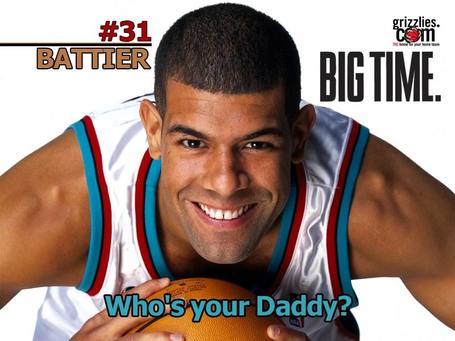 Though Morey was the assistant GM of the Rockets in 2006, he must have made a convincing argument to GM Carroll Dawson for the Rockets to trade first-round pick Rudy Gay, an exciting young player out of Connecticut, for Shane Battier, an "intangibles" player. The move was heavily criticized at the time, as Gay was the type of scoring threat that many Rockets fans considered a no-brainer addition. Battier wasn't exactly going to sell out the Toyota Center, either.

Nevertheless, the Rockets came out on top once again. Battier became one of the league's elite defenders and served as a team leader. Gay has had a solid, yet unspectacular career with the Memphis Grizzlies and has been a largely one-dimensional, me-first player. In retrospect, each team got what it wanted, and while I can't speak for Memphis, it's clear that it was the right decision for the Rockets. 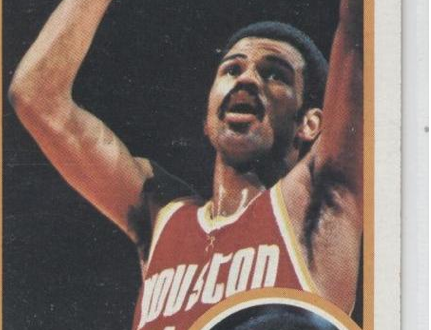 Luckily for the Rockets, Meriweather, Bailey and eventual Hawks selection Armond Hill didn't amount to much professionally. Otherwise, the Lucas pick would have been disastrous. While Lucas managed to lead the team to the NBA Finals in 1986, he only spent four years in Houston and never scored more than 15 points per game. Though he did average seven to ten assists per game over the course of his career, he never lived up to his expectations as a player. If you're the first pick in the NBA draft, you're expected to act like a star, dammit.

It also speaks volumes that Lucas' son, John Lucas III, appears in more Google Images photos than the older Lucas does upon searching "John Lucas Rockets." If you search "Walton basketball," Bill comes up ten times for every picture of his son, Luke. 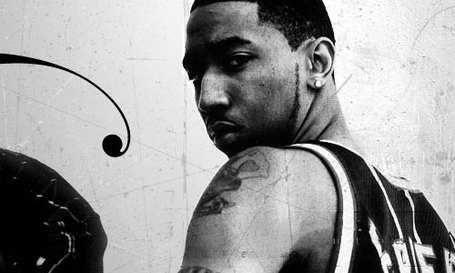 I'll be honest, I was one of many who thought that Eddie Griffin was going to become a solid NBA player. He had preformed admirably at Seton Hall and though he was undersized, he was a phenomenal shot blocker and had shown signs of a serviceable offensive game. In exchange for the rights to Griffin, the Rockets sent Richard Jefferson, Brandon Armstrong and Jason Collins to the New Jersey Nets -- all three were selected in the first round. While Armstrong and Collins never made much of a splash, Jefferson turned out to be a capable scoring threat for the Nets and helped lead them to a couple of NBA Finals berths.

The trade couldn't have been much worse for the Rockets. Griffin never overcame his drug problems and was sent to Minnesota a few years after being drafted. Sadly, he returned to Houston, worked with John Lucas to become sober and was apparently close to playing shape before he died in a tragic train accident. This was one of those trades that the Rockets would certainly love to have back. 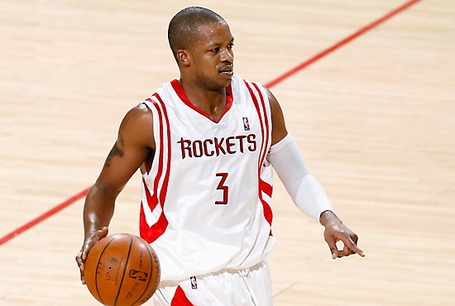 Technically, this wasn't a draft-day trade, as the Rockets acquired Francis a few months following the draft. Yet, Francis never took the court for the Vancouver Grizzlies, the team that originally drafted him. The Rockets' play for Francis also resulted in what became the largest trade in NBA history at the time. It involved 11 players in all, as Michael Dickerson, Othella Harrington, Brent Price, Antoine Carr and draft picks were sent to Vancouver. Francis instantly became known as "The Franchise" for the Rockets and was viewed as a savior of sorts. However, even after adding Yao Ming to the mix, the Francis-led Rockets were never able to create much buzz, and Steve was eventually sent to Orlando with Cuttino Mobely in exchange for Tracy McGrady. His career never revived following the deal.

Can't say it was a bad move by the Rockets, as the players that were sent to Vancouver had less-than-desirable careers themselves. Francis was an elite talent at Maryland, and he gave Rockets fans a much-needed reason to come to games. Unfortunately, he never turned out to be the franchise player that Houston expected him to be.