To kick off SB Nation Houston, Tom Martin provides his top five most popular athletes in Houston. Don't be surprised to see that there is a big name missing from the list.

Hello, there. It appears that you've stumbled across the inaugural edition of the SB Nation Houston Top Five. Treat it as a "power rankings" post, but with a twist: Every Wednesday, we'll take a look at a different topic concerning Houston sports. To keep things simple, we've adopted the "High Fidelity" approach, in which we rank our top five... somethings. Top five teams in city history? Sure. Top five most exciting finishes? Absolutely. Top five bars to watch a game with the wife bros? Yes, you've come to the right place.

We'll take a look at the past, present, and future of Houston sports, delving into topics ranging from the controversial to the just plain silly. But to kick things off, we decided to go basic. Here now are the top five most popular athletes in the city of Houston. You can agree or disagree with the list below - obviously, we're not going to share an opinion. Before we start, here are a few athletes who barely missed the cut.

Shane Battier, Rockets SF - The prototypical "Mr. Rocket" does all of the right things on the court. But he's a little past his prime, and let's be honest -- we don't buy Rockets tickets to see Shane Battier play. Nonetheless, he's a class act, an elite defensive talent and a player who doesn't receive as much respect as he deserves.

Mario Williams, Texans DE - For all of the hype that Mario has received, he hasn't turned out to be the "dominant" pass-rusher that we'd all expected him to be. Sure, he has been very, very good. But he hasn't hit his ceiling. That said, when he finally does, he's going to blow up.

Roy Oswalt, Astros SP - Before the trade request, Roy would have certainly made this list. I think that the general sketchiness surrounding Roy ever since has lowered the city's opinion of him, albeit only slightly. He's still one of the Astros' greatest, and will be a popular figure no matter what happens. But for now, Roy is on the outside looking in.

Now, without further ado... the Top Five most popular athletes in Houston, Texas. 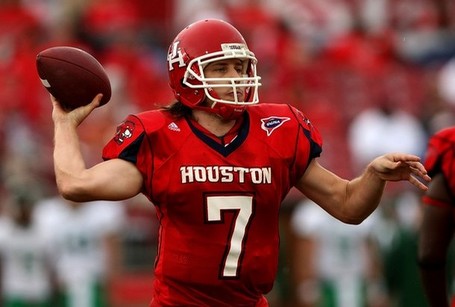 Eighty-eight touchdowns in just two seasons. That doesn't belong to the entire Houston Courgars offense, but rather to Case Keenum himself. Nobody has seen such production from a UH football player since Andre Ware. And if it weren't for Houston's lack of national coverage due to the conference that it's in, Keenum would have surely been a top Heisman vote by now.

The fact that Case is going to play four years in Cougar red only further enhances his reputation as a Houston sports icon. He has put the Coogs back on the national map, and still has one more year left to inflict even more damage upon opposing defenses. 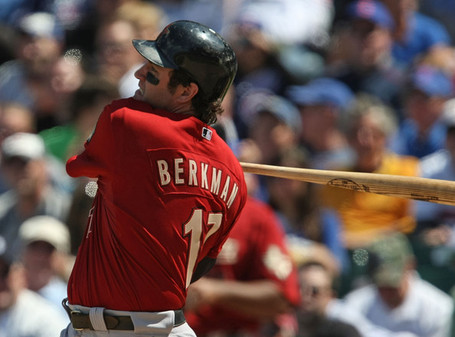 Lance has lost a step or two, and it's to be expected: he is in his mid-30s, he isn't in terribly good shape, and most importantly, he's a natural athlete - no steroids to enhance those numbers when they don't deserve it.

Aside from Hunter Pence or Michael Bourn, Lance is the one reason to go to an Astros game on a night that Roy Oswalt isn't pitching. He was Texas born and bred, attended Rice University, and has been an Astro through and through. No matter what Lance does or where he ends up this summer, he should always be beloved by Houstonians for everything he has given to the city. 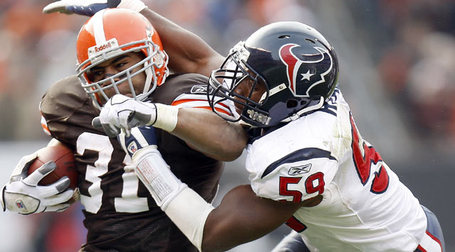 No, not Mario Williams - DeMeco Ryans. He was our first defensive juggernaut, our first "star" on the defensive side. And he hasn't slowed down, recording over 100 tackles in each of his four seasons. He's a great teammate, a classy individual and deserving of his new contract. 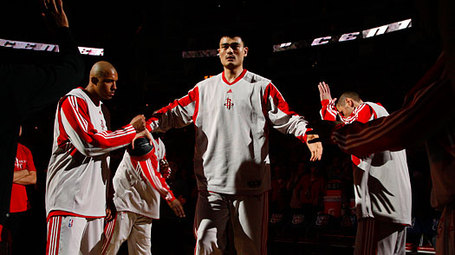 We all love ourselves some Yao Ming. That's not to be disputed. Unfortunately, many have questioned his future to a great extent. Quite unfairly, I might add.

An unbearable stench seems to accompany Yao Ming's name whenever it is brought up in conversation anymore. For any Office Space fans out there, I think that everyone is unfairly taking advantage of the "Jump To Conclusions Mat." We're talking about the same seven-time All-Star who is coming off a 20/9 season, right? The guy who played in 77 games last year before suffering a freak injury? Yes, OK, good.

Yao is not finished. Not even close. Think back to the last time that the Great Wall sat out for the entire recovery period that doctors originally recommended to him - wait, I'll stop you there. It hasn't happened until this past season, when he didn't play a single game. He also won't be playing basketball this summer, yet another step forward towards a full recovery. Let's not forget: the surgical procedure that Yao underwent to heal his foot has worked before. A prime example? 7'3 Zydrunas Ilgauskas, who had the same surgery back in 2000. Big Z has thrived ever since, even making the All-Star team once.

Take a look at this year's roster as well. There's one word that comes to mind, and it's "offense." Aaron Brooks, Kevin Martin, Trevor Ariza, Luis Scola, and Chase Budinger each can create their own offense, albeit Trevor's attempts are shaky, if not comical at times. This bodes well for Yao -- he'll have the most help he's ever had on the offensive end in his entire career. No more 40-minute nights will be needed. If Yao needs to sit, he can sit, because we've got other options that can get the job done. I realize this isn't the typical mentality of an athletic icon, but in order for Yao to be most effective, he'll have to defer to others at times. And I'm sure he is okay with that.

Yao has brought so much to this city. His accomplishments range from bringing Houston (and the entire NBA) an international fan base to actually giving Houstonians a reason to root for and watch the Rockets. So, until he calls it a career or enters Shaq's current territory, Yao remains an integral part of the Rockets and of the city. I'm telling you, he is going to come on strong this season. And, knowing just how tough the Ming Dynasty is, it shouldn't surprise anyone. 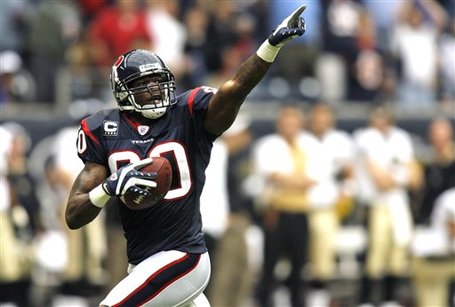 Andre Johnson and Houston make perfect sense together. Each is a quiet giant, acknowledged only for production rather than for flash and style. And everyone, including Andre, likes it that way. We are the Constantly Overlooked and the Presumably Plain. For all of the big buildings, hot summers and pollution problems that most people associate Houston with, there still remains all of the little gimmicks that this quirky city has to offer that won't necessarily make the brochure. Midtown nightlife. Your own unique experience along Westheimer street. Cheering for Craig Biggio. Space to move around and enjoy the fresh air in the winter. General tranquility. These mean something to us. They make Houston feel like home. And for all of the special secrets that we claim to have, perhaps our best-kept secret is number 80 himself, Andre Johnson.

Andre doesn't talk much smack to the press, and the press normally likes smack-talkers more than they do quiet producers. Johnson gets his work done on the field, and aside from a few fellow WR's such as Reggie Wayne or Larry Fitzgerald, his accomplishments are unparalleled in today's game. No receiver carries as much weight on his shoulders as Andre Johnson. Often times, he is the only option that the Texans have got. He is a big-play threat, a midfield weapon, and a safety valve all at once. You don't stop him unless you decide to simply ignore the run. Unfortunately, that strategy managed to work on numerous occasions this year. And yet, Andre kept doing his thing.

Enjoy Johnson while he is putting up such impressive numbers, folks. Guarantees are hard to come by in sports, and when you have them, you'd better not overlook them. Hakeem Olajuwon was a guarantee. Lance Berkman was a guarantee in his prime. And so is Andre Johnson. Each time he takes the field, it's a special day in Houston.