'Just Trust Me:' A Recap Of Mack Rhoades' First Year At Houston

After a year on the job, UH athletics director Mack Rhoades can only be said to have earned an 'incomplete' grade. Here's what we've learned so far, and the questions we still have.

Share All sharing options for: 'Just Trust Me:' A Recap Of Mack Rhoades' First Year At Houston

Just over a year ago, on June 11, 2009, Mack Rhoades accepted the position of Athletics Director at the University of Houston. He had previously held the same position at the University of Akron. He replaced Dave Maggard, who had just retired. For better or for worse, one thing became immediately clear: Rhoades was no Maggard.

Maggard was endearingly known as "Uncle Dave" to the Cougar faithful, a down-to-earth guy who was just too darn friendly not to be a native Texan (he was actually born and raised in northern California, of all places). On the numerous occasions when I interacted with Uncle Dave, it felt as though he truly was a member of the family. He patted backs, harmlessly flirted with girls a fraction of his age, winked a lot and cracked jokes as though he had known me forever. When Maggard announced his retirement following the 2008-09 academic year, my reaction fell somewhere between "disappointed" and "genuinely heartbroken". 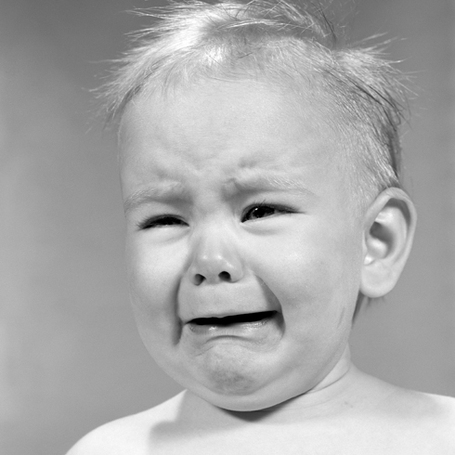 The seeds of the paradigm shift within the UH athletics department could be seen even before Maggard left. After Art Briles ditched the Coogs for a larger paycheck at Baylor and took his folksy nature with him, Maggard brought in Kevin Sumlin, a young, no-nonsense, results-driven assistant from the University of Oklahoma.

Suddenly, reports started springing up. "Sumlin is letting the players hit each other during practice" (leading Cougars fans everywhere to wonder aloud, "Wait, Briles wasn't letting the players hit each other?"). No longer would the Cougars abide by Briles' recruiting philosophy of targeting the kids who had flown under the radar due to being from small towns, small schools, or what have you. UH was now officially recruiting with the big boys, for the big-school Houston kids.

In no small way, this was a harbinger of the impending departure of Maggard-- and entrance of Rhoades. The 180-degree turn had commenced, taking UH from one approach -- "Well, gosh darn it, we're going to give it our best shot!" -- to a new approach -- "We're going to get results now, or heads are going to roll." The Houston athletics department was finally embracing the 21st century's now-or-never philosophy of sports management.

The earliest indications of this change under Rhoades' watch could be seen in the minor sports. The UH golf program, which has won 16 national titles in its history only to fall into complete disarray in recent years, promptly got itself a new coach - an exciting, young assistant at a major program in Jonathan Dismuke. After the Cougars volleyball season ended, head coach Bill Walton, one of the longest-tenured coaches in UH history at any sport, suddenly resigned. Rhoades brought in Molly Alvey, an exciting, young assistant at a major program.

When a post-season meeting between Rhoades and men's basketball head coach Tom Penders led to Penders' unexpected resignation following a roller-coaster season -- which featured an overwhelmingly disappointing regular season capped off by a miracle run to the NCAA tournament -- Rhoades was looking something like the Bobs from Office Space, leaving a trail of pink slips wherever he went. 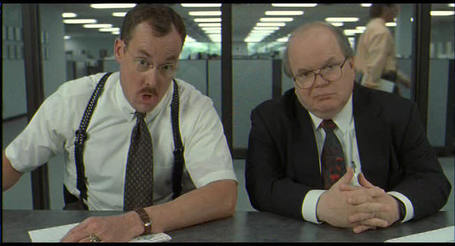 When it came time for Rhoades to choose Penders' replacement, he threw his first curveball. Rather than following the Sumlin-Dismuke-Alvey script and hiring an exciting, young assistant from a major program (a la the extremely available Rodney Terry from Texas-Austin or Chris Walker from Villanova), Rhoades chose James Dickey, who was seen by many Cougars fans (myself included) as a has-been. He was fired from the head coaching job at Texas Tech in 2001 and hadn't been offered a head job since. Sure, he spent seven years as an assistant for a major program in Oklahoma State, but nobody was throwing around words like "exciting" or "young" to describe the hire.

That's when another disconnect between the Maggard era and the Rhoades era became apparent. Maggard would have been working the sports talk circuit, eager to win the fans over to the hire. If Rhoades was aware of the immediate outcry against the move (which has since somewhat died down and turned into acceptance) he did not show it. All of his public comments about the hiring were honest, straightforward and unapologetic.

We wanted somebody that's a hard worker. We know our flaws, and we've had some flaws. We wanted somebody that understood those, someone who could come in and roll up his sleeves, get in the trenches with us and be a part of it, and again, build this brick by brick, piece by piece. We've accomplished that.

If Rhoades was sending any sort of message to the skeptics, it seemed to be: "Just trust me." 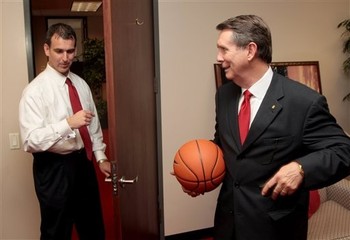 While the jury is still out on Dickey, Houston's fans are also showing some necessary faith in Rhoades in an area exponentially more important than any one coaching hire -- facilities.

The bottom line is that Rhoades was brought in to improve Houston's stone-age facilities. In three and a half years at Akron, he got a $61.6 million on-campus football stadium built for the Zips. Recently, he announced plans for a brand new football stadium for UH, as well as sweeping upgrades to the basketball arena, expected to come out to $160 million. The great question now is whether Rhoades can get all of these improvements paid for, or if it will all turn out to have been posturing for the apocalyptic conference realignment that wasn't.

The University of Houston has been this close to upgrading its facilities for far too long, and if Rhoades doesn't get ground broken soon, his fan base will start to lose their faith. Did I mention that Rhoades is trying to get all of this accomplished while paying buyouts to Penders and recently-fired baseball coach Rayner Noble?

Rhoades does not tolerate mediocrity. That much is certain. Can Rhoades cash all of these checks he is writing? That is the question.