On Monday, the Houston Dynamo opened the 2011 training camp, officially kicking off preparations for the upcoming MLS season.  With just one practice complete, it is already obvious that this year's Dynamo squad is a younger, fresher looking version of the 2-time MLS Cup winning team.

Gone are a number of veteran players, a result of age, health, contract negotiations and trades. But in their absence, a new crop of players has joined the team, bringing youth and a renewed spirit of competition to the Dynamo.  And, for the first time in a number of seasons, there will be more battles for starting positions than known starters.

Here's a look at the players who left during the offseason and those who came in and replaced them.

Throughout the offseason, the Dynamo coaching staff and scouts traveled extensively throughout the Western Hemisphere and Africa looking for new talent.  It is believed that a number of the players seen have been contacted and will be offered trials during training camp.  SBNation Houston will be sure to keep you informed as more details and specifics are known about these moves.

In the meantime, here are a few images from Monday's practice. 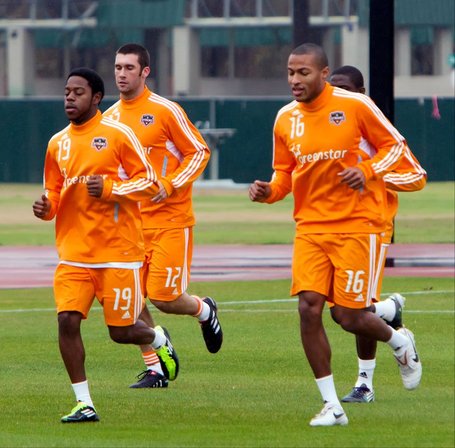 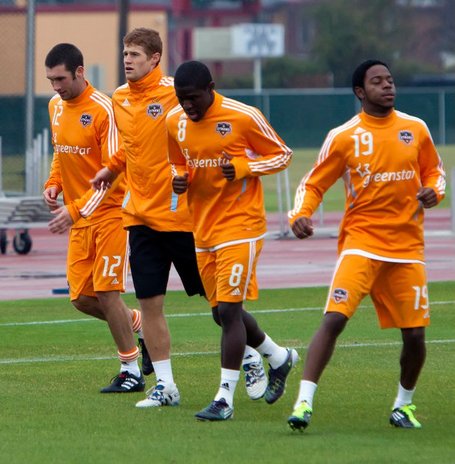