From the Houston Dynamo.

The Houston Dynamo used three first-half goals from set pieces to cruise to a 4-0 win over rival FC Dallas in a preseason friendly Saturday before a crowd of 5,432 at Whataburger Field in Corpus Christi, Texas. It was the second soccer game held at the facility, both won by the Dynamo.

Dynamo midfielder Brad Davis was at the center of the first-half offense. In the eighth minute, his free kick was deflected into the Dallas net by FC Dallas defender Alexis Pradié. In the 29th minute, Davis served a corner kick that midfielder Geoff Cameron powered into the back of the net with a firm header. Just before halftime, Davis himself bent a 23-yard free kick into the top left corner of the net.

Houston changed its entire lineup at halftime and added a fourth goal in second-half stoppage time. Trialist Steven Morrissey burst into the box and was taken down, and midfielder Danny Cruz stepped up to fire the penalty kick into the lower left corner to complete the rout.

Goalkeepers Tally Hall and Tyler Deric each made big saves for Houston. Hall stayed tall to stop a Brek Shea shot with his chest in just the fourth minute, and Deric reacted well to save a Maykel Galindo header in the 89th minute to preserve the shutout.

What's Next For The Dynamo?
Houston's preseason will continue with a trip to Phoenix, Arizona after Mondays training session. The Dynamo will scrimmage Sporting Kansas City, the Columbus Crew, and the Portland Timbers in a five-day span. 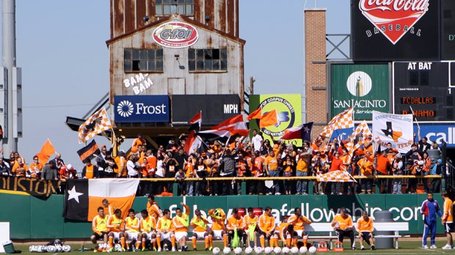 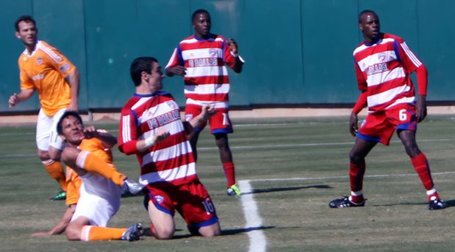 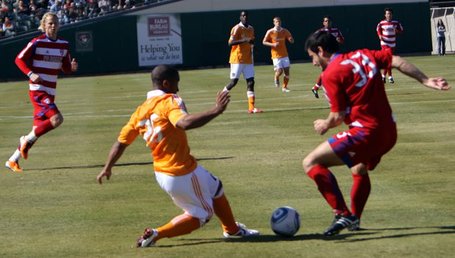 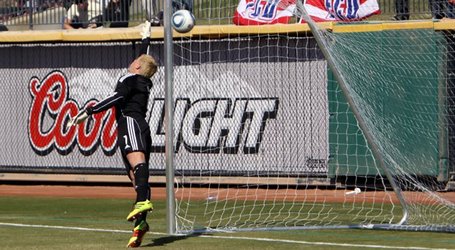 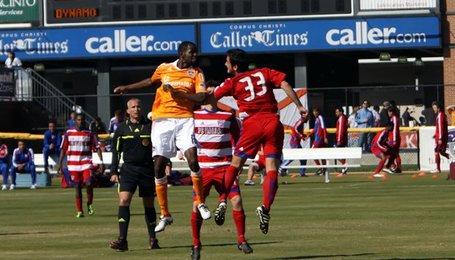 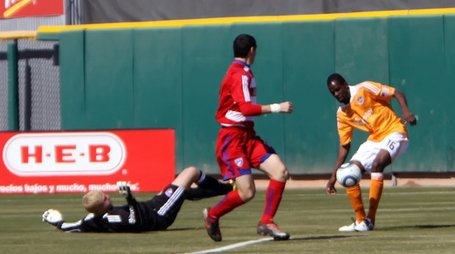 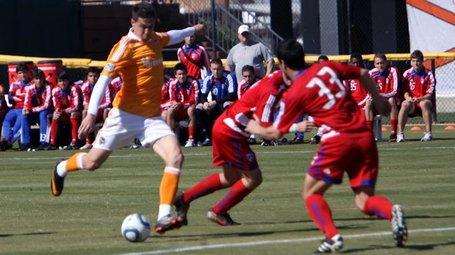 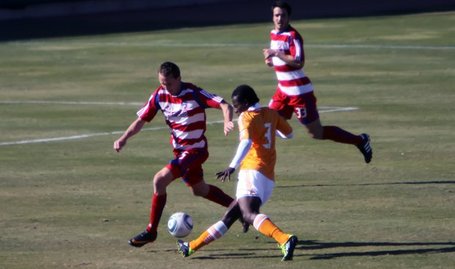 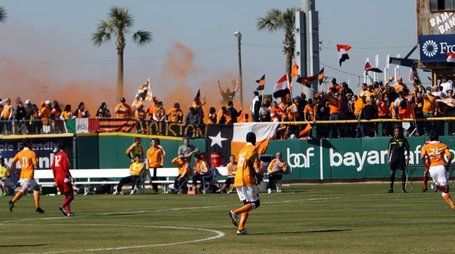 All photos courtesy of and credited to Nigel Brooks.