Yao Ming Shrine Is Better Than Any Linsanity T-Shirt

Share All sharing options for: Yao Ming Shrine Is Better Than Any Linsanity T-Shirt

You can get a Linsanity t-shirt in black and red for roughly $24.99 at the online ESPN Shop. That site also has a white and black version for the same fee and another shirt for as much as $36.99.

The NBA store has similar items for similar bargains. We're not talking jersey prices, and it's a drop in the bucket compared to what the Rockets paid for Jeremy Lin, but that's still pretty high, ain't it?

This isn't to convince you on whether or not you should buy your Lin gear. Do what you will. All I'm saying is who needs a Jeremy Lin t-shirt when you could make a Yao Ming shrine like this one guy did? 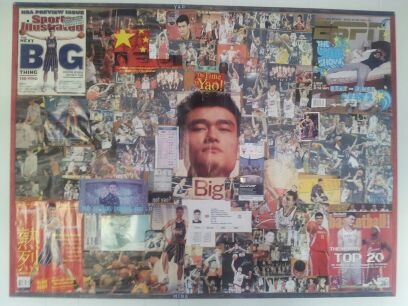 Now that's how you do it. Wanna buy a Linsanity shirt? Go right ahead. But it would be so much better if he's worth honoring with a shrine some day.

Read more about the Rockets at The Dream Shake and SB Nation Houston.