An in-depth look of how the world would be different now if Texans defensive coordinator Frank Bush had coordinated other important events in NFL history. 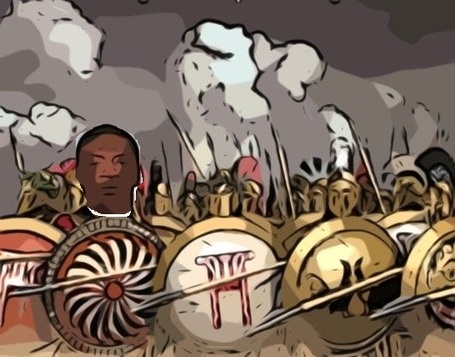 Persian Captain: Surrender your weapons!
Leonidas: Come and get them!
Frank Bush: Leonidas, that plan isn't simple enough. You need to scale it down some more.
Leonidas: What?
Bush: You've got a large phalanx clumped together here. They're not covering enough space on the field.
Leonidas: It's been pretty well proven that the phalanx is the best way to fight a large group of people. Why would we extend and leave ourselves vulnerable to the enemy?
Bush: *snicker* You totally need to bust out the chariots here. Look at how outnumbered you are!
Lenoidas: Again, you're talking about letting massive forces overwhelm us one-on-one instead of fighting with all of our power combined.
Bush: Heh, well okay, but people have criticized my chariot approach before. I totally turned it around last time after three weeks of heavy casualties with them.
Leonidas: Did you keep using chariots?
Bush: No *stifling laughter* that's exactly why you use them in the first place. They'll never expect it!
(Awkward pause)
Got any pre-battle meat?
Leonidas: Sure. Salted?
Bush: No thanks. Sounds a little risky. 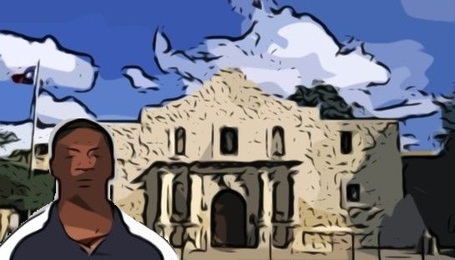 General Santa Anna: Sr. Bush, we will only let you leave this fort alive on terms of an unconditional surrend--
Frank Bush: Great, lets do that.
Santa Anna: That was fast.
Bush: Well look, I know I can't stop you. You know I can't stop you. If I tried to fight or actually inflict casualties on your group, the slow down wouldn't be worth it.
Santa Anna: You know, you could at least make this fun. Go out there with your cannon, fire it, let everyone get into the spirit.
Bush: Nah that's fine. Hey, I've gotta go, it was good talking to you. I have a letter to send out.

To the People of Texas & All Americans in the World:

Fellow citizens & compatriots-I am besieged, by a thousand or more of the Mexicans under Santa Anna-I have tried everything: stunts, different personnel, zones, more zones, yet some more zones, and then I finally decided to surrender. The enemy has demanded a surrender at discretion, otherwise, the garrison are to be put to the sword, The fort is taken-I have answered the demand with a white flag that still waves proudly from the walls. I shall surrender and retreat, because when you are lacking it just makes sense to give up. Then, I call on you in the name of Liberty, of patriotism & everything dear to the American character, to surrender as well-The enemy is receiving reinforcements daily & will no doubt increase to three or four thousand in four or five days. If this call is neglected, I fear that many of you will suffer through a series of short surrenders throughout your life that you must fight through rather than just letting life have it's way with you. Pack the tents up and go back to Missouri. This territory must be ceded so that the mighty land of Mexico will be appeased not to travel all the way to our capital. 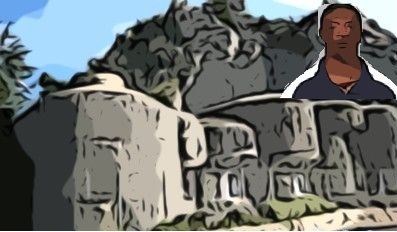 THE MAGINOT LINE, 1940
Actually, this wouldn't have changed anything.