Texas A&M will debut images of their new football uniforms each day at 12:12 p.m. CT until the full reveal on July 12.

Texas A&M will join the new uniform craze thanks to Adidas, officially debuting their new duds - sorry, their "TECHFIT" uniforms - on July 12. According to A&M's Facebook page, a new "piece" of the uniforms will debuted every day until the 12th, at 12:12 p.m. CT, naturally. Here's the debut image from Thursday afternoon: 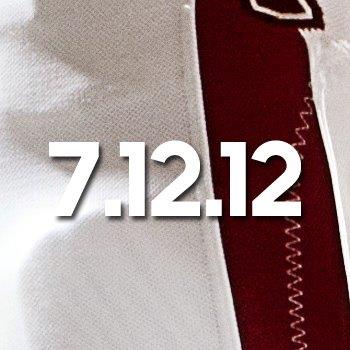 So far, we see neither the color black, nor anything considered to be "matte," just good old God-fearing stitching and the appropriate traditional colors. We approve.

Back in April, A&M co-pilgrims to the Southeastern Conference, Mizzou, made a big to-do with their new Nike outfits, that ended up looking fairly modernized, although nothing close to the anti-tradition works of an Oregon or 2011's Pro Combat line. In the Aggies' new home conference, every advancement is part of an ongoing arms war, but the uniforms are generally considered to be sacrosanct. How far the Ags push their new look is yet to be revealed, obviously.